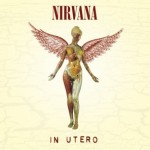 well, we partied like it was 1993, for sure. BIG LOVE to everyone who came out to JAM with the sweet sounds of the early nineties and watch Groundhog Day…we had a blast
if you haven’t heard yet, every first friday is our MOVIE ON THE MAT night. we show a fun movie on the big screen, have some food and drinks together and JAM out to songs from the year the movie was released. except it’s in the reverse order!
anyway…y’all rocked it out last night. here’s the set list for the inquiring minds…hope you woke up with Ace of Base in your head and dancing like Janet, too!