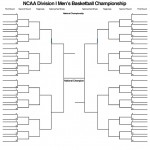 alright, get your voting fingers ready! it’s time to pick the SWEET SIXTEEN for the three dog MARCH MADNESS!
for our march KARMA PROJECT, we will be hosting our first ever POP-UP JAM TOURNAMENT…in support of Forget Me Not Farm.
we love supporting the Farm, which helps at-risk children and youth break the cycle of abuse through animal-assisted and horticultural therapeutic activities.
this time around, we’re throwing in a little healthy competition…we’re gonna find out which band/artist rules the JAM.
here’s how it’s gonna work.

1. below is a list of some of our most played JAM bands/artists, take a look. then post your votes for a sweet sixteen line up in the comments of the Facebook post that got you here by Sunday 2.24.13.
2. we’ll create 4 POP-UP JAMS to be played each week of march.
3. after each jam, we’ll take your votes for favorite band/artist on Facebook.
4. on March 31, we’ll have the FINAL FOUR JAM with the four winners, and we’ll take our final vote for ultimate JAM champion!

…and, we’ll donate $5 to Forget Me Not Farm for everyone who shows up to play at each JAM! so…no matter which band/artist gets voted the best, we’re all gonna win big!