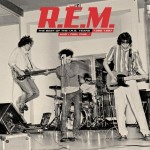 that’s great, it starts with an earthquake, birds and snakes, an aeroplane,lenny bruce is not afraid. eye of a hurricane, listen to yourself churn. world serves its own needs, regardless of your own needs. feed it up a knock, speed, grunt no, strength no. ladder structure clatter with fear of height, down height. wire in a fire, represent the seven games in a government for hire and a combat site. left her, wasn’t coming in a hurry with the furies breathing down your neck. team by team reporters baffled, trump, tethered crop.look at that low plane! fine then. uh oh, overflow, population, common group, but it’ll do. save yourself, serve yourself. world serves its own needs, listen to your heart bleed. tell me with the rapture and the reverent in the right – right. you vitriolic, patriotic, slam, fight, bright light, feeling pretty psyched.
or something like that…
well, it wasn’t our last night on earth, but we sweat like it was. wanna recreate the experience at home? crank the heat up, turn the lights out and throw the volume up to 11.

when the levee breaks – led zeppelin
2012 (it ain’t over) – sean kingston featuring nicki minaj
hey world – michael franti + spearhead
highway to hell – ac/dc
world, hold on –
end of the world as we know it – REM
final countdown – europe
until the end of the world – U2
waiting for the end of the world – elvis costello
last dance with mary jane – tom petty
world spins madly on – the weepies
when the lights go out – the black keys
take it to the limit – the eagles
the end of the world – girls
tomorrow – from the musical annie
the end – the doors